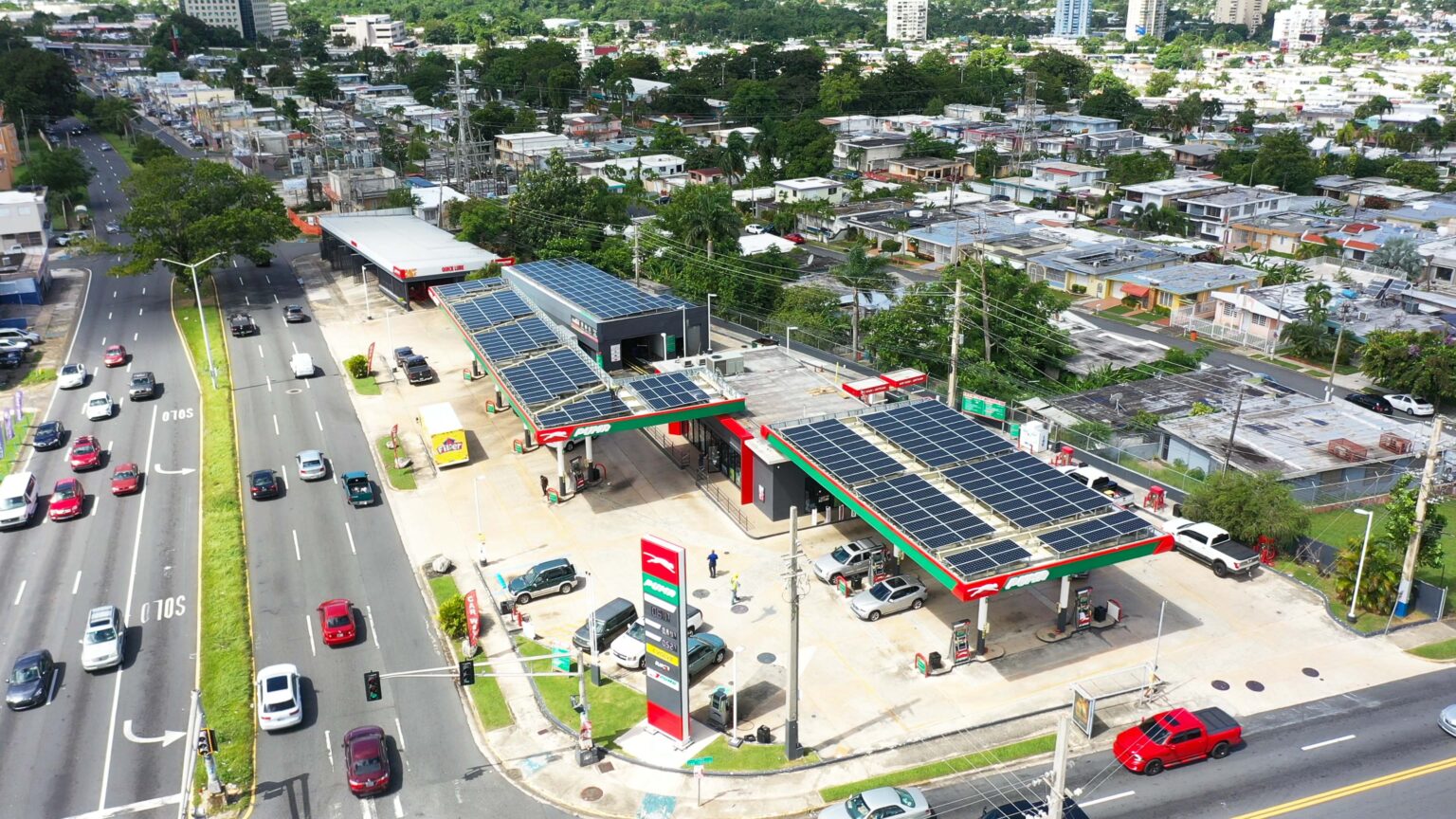 • Will generate an estimated 30,000MWh of renewable electricity per year
• Provide more than 27,700MT in greenhouse gas savings

Puerto Rico – May 17, 2021 – The Governor of Puerto Rico, Hon. Pedro Pierluisi, took part in a symbolic ceremony this morning to announce, with executives from Puma Energy and its joint venture partner PASH Global, the activation of a solar power network in 200 Puma service stations through the island of Puerto Rico. This network will generate an estimated 30,000 MWh of renewable energy per year and provide more than 27,700 MT in greenhouse gas savings.

“This initiative will have a lasting positive impact and will generate significant amounts of clean energy. It is ideal that we can use our experience in the industry and our sites to benefit communities throughout Puerto Rico as we make a significant contribution to fight climate change using the power of the sun.”

Kofi Owusu Bempah CEO & Managing Partner of PASH Global, stated: “With this initial Project we are committing PASH to aiding the energy transition in Puerto Rico and we are assessing how we can further play a major role in the planned construction of 1 gigawatt (GW) of renewable energy capacity and 500 megawatts (MW) of battery energy storage on the Island as Puerto Rico begins to retire its fossil-fuelled generating units.”

The Governor made a point to send a message for other industries and businesses to do the same. He argued that currently only 2.3% of the consumption on the Island is accredited to renewable energy.

“That is the goal. That many industries and businesses replicate these initiatives. The increase in renewable energy cannot be delayed any longer and given the reality that we live in, it is imperative that these initiatives are among the first objectives of our agenda,” the Governor stressed.

Puma Energy Caribe announced a few weeks ago plans to launch the new project with PASH Global to install solar energy in up to 200 of its service stations in Puerto Rico. The project is part of Puma Energy’s commitment to drive more of their operations through renewable energy. Puma Energy also confirmed that its solar project at its Bayamón Terminal would start up soon.

The projects will take advantage of the high solar potential of Puerto Rico. Energy regulators have committed to renewable energy and this project will contribute significantly to the generation of solar energy on the island of Puerto Rico.

“This effort is a considerable step in transforming the renewable energy landscape in Puerto Rico. The Bayamón Terminal demonstrates to Puma Energy’s commercial and industrial clients that they too can benefit both financially and in terms of greenhouse gas savings by working with the company to install similar projects,” Sierra added.

The joint venture initiative with PASH Global requires an investment of $ 25 million and is part of a global effort by the company to eliminate its environmental footprint due to carbon emissions by 2030. According to Sierra, when the project ends, Puma will cover between 50% and 60% of its electric consumption, an investment with which Puma estimates to save 8% and 10% on its electricity bill. Kofi added, this will be the first of its kind and the largest distributed generation project in Puerto Rico producing clean energy on-site directly where it is needed.

Juan Angel Diaz, interim Chief Executive Officer of Puma America, indicated that this is part of a global initiative by Puma Energy to reduce its carbon footprint to zero by 2030. “Through our ‘Future Energies’ project we are inserting ourselves in that direction and we are replicating this same initiative in several countries where we have operations. This is the future,” Diaz pointed out.

The company at a global level is also executing solar projects throughout the Puma network in the rest of the world with projects in Ghana (working closely with PASH Global), Nicaragua and Honduras currently in operation and projects planned this year for El Salvador, Guatemala, Panama and Namibia and Mozambique.

The 1,252 kW project at the Bayamón terminal will reduce carbon dioxide by 1,408 MT. The retail station projects will see approximately 20,500 photovoltaic (PV) panels installed at 200 sites. Upon completion, Puma Energy’s solar projects will continue to scale and expand to other retail sites throughout Puerto Rico.

About Puma Energy
Puma Energy is a leading global energy company with a customer-centric approach to safely providing energy solutions around the world. Puma Energy has approximately 2,600 retail sites, a presence in 87 airports and a network of 91 storage terminals. Our purpose is to ‘energize communities’ to help drive growth and prosperity by sustainably serving the needs of our customers in high-potential countries around the world. For more information on Puma Energy, visit: www.pumaenergy.com

About PASH Global
PASH Global (PASH) is an impact investor in the clean energy sector. Headquartered in London, PASH was established in 2012 with the intention of using the latest innovations in technology to develop, finance, build, operate and maintain clean energy assets globally. As an impact investor, PASH works to enhance the social and environmental impacts of its Projects. Visit: www.pashglobal.com